We had the whole botanical garden to ourselves recently.  It was cold, rainy, windy and super grey.  Who wanted to be outside that day? We Did! We walked through the native forest which was still quite green, then along Magnolia Way. And we saw no one. Not even a hare.

I was shocked to see roses still in bloom in the Rose Garden!  We went straight there. And I forgot how cold my fingers were. The rose garden had that look of smudged lipstick and messy hair.  Rose petals were strewn about the pavement…petals withered and blooms missing while some still going strong.  I like this look.

A sweet contrast to the Kiku exhibit which has just opened.  I’m not one for my blooms in rank and file formation.  But the Japanese maple trees are ablaze.

We saw these paddlers yesterday morning on our hike thru the New York Botanical Garden. The water was amazingly clear. But that doesn’t necessarily mean clean we were told. This was a private canoe tour but the Bronx River Alliance schedules public tours too. 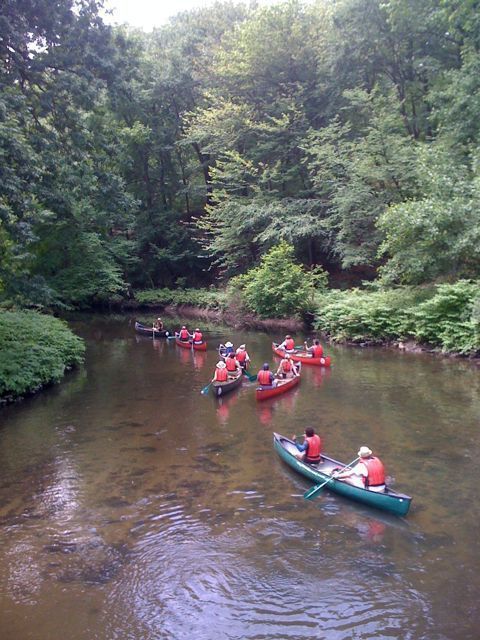 each year spring arrives later and later…
And not with much conviction…Is it still a season?
Last spring I missed the magnolia blossoms
and the daffodils entirely at the New York Botanical Garden.
This year I didn’t.
The magnolias were splendid and lush.
The cherry blossoms are next and even a few lilac buds gave our noses a heady preview.

Let’s be honest.
Orchids are unabashedly sexy.
Glistening, hairy, succulent, juicy, spotty, warty…it is all there.

Slipper Orchids are my favorite.
Paphiopedilum.
Paphos, is a city on the Aegean Island of Cyprus and the mythical birthplace of, who else? Aphrodite.
The Goddess of Love herself. A temple was built there in her honor for all manner of celebrations.
Pedilon is Greek for sandal.
“The Orchid Show” book explains it thusly:
“The legend is that Aphrodite lost her golden slipper. When a mortal found it and tried to touch it, the slipper was transformed into an exquisite golden orchid.”
{So much better than Cinderella.}

The slipper, of course, is not what I see at first.
My attraction is entirely subliminal.
One woman standing next to me kept reaching up to caress the proboscis like petal — the labellum.
You’re not supposed to touch.
I laughed and she said, “I just can’t stop.”

When I got home and looked at my photos on the computer screen — all big and enlarged — I gasped, Is that what I saw?
A veiny, hairy, deep burgundy pouch, umm, slipper…right there on the shelf of the NY Botanical Garden Gift Shop.
And it was brimming with water.
I know because, I had touched the slipper pouch. I could not resist.

I was tempted to bring one home with me.
I was further tempted when I learned that they are perfectly suited in the hands of an orchid newbie and that the flowers can last two to three months…
Ahh, but the price tag gave me pause.
85 bucks.
Pause.
We’re in the midst of economic turmoil for crying out loud…
Subway & bus fares are going up to $2.50.
Just walk away… just walk away.

*
Paphiopedilum {paf-ee-oh-PED-i-lum} at the New York Botanical Garden Orchid Show through April 12th. Of course, the show features plenty of other orchid varieties, but not as sexy as the Paphs. 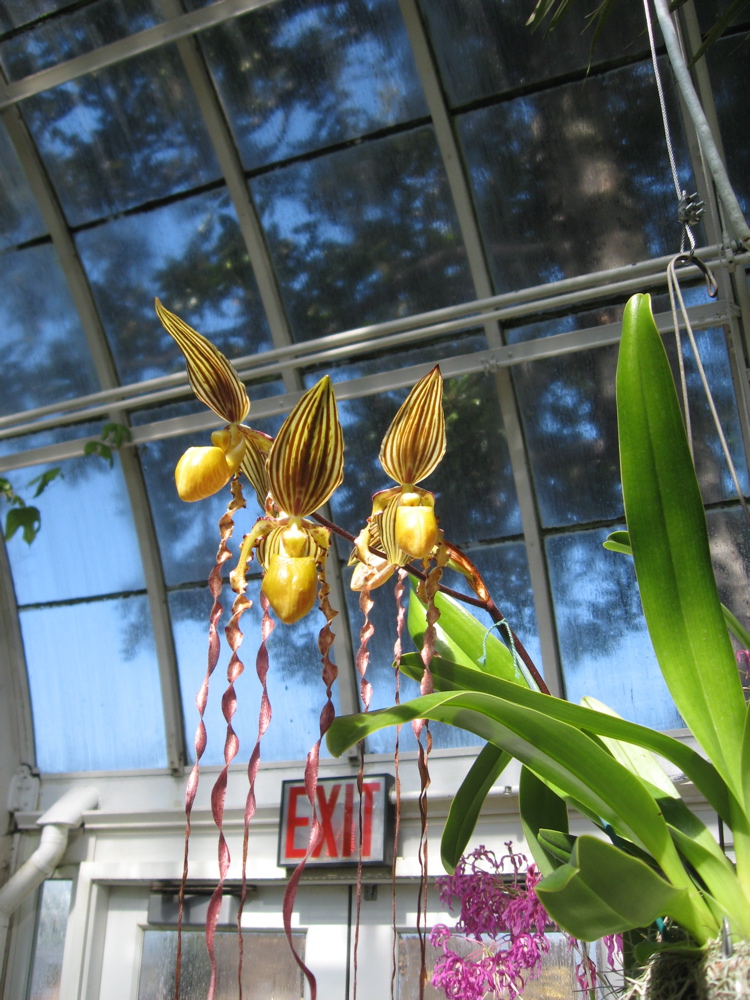 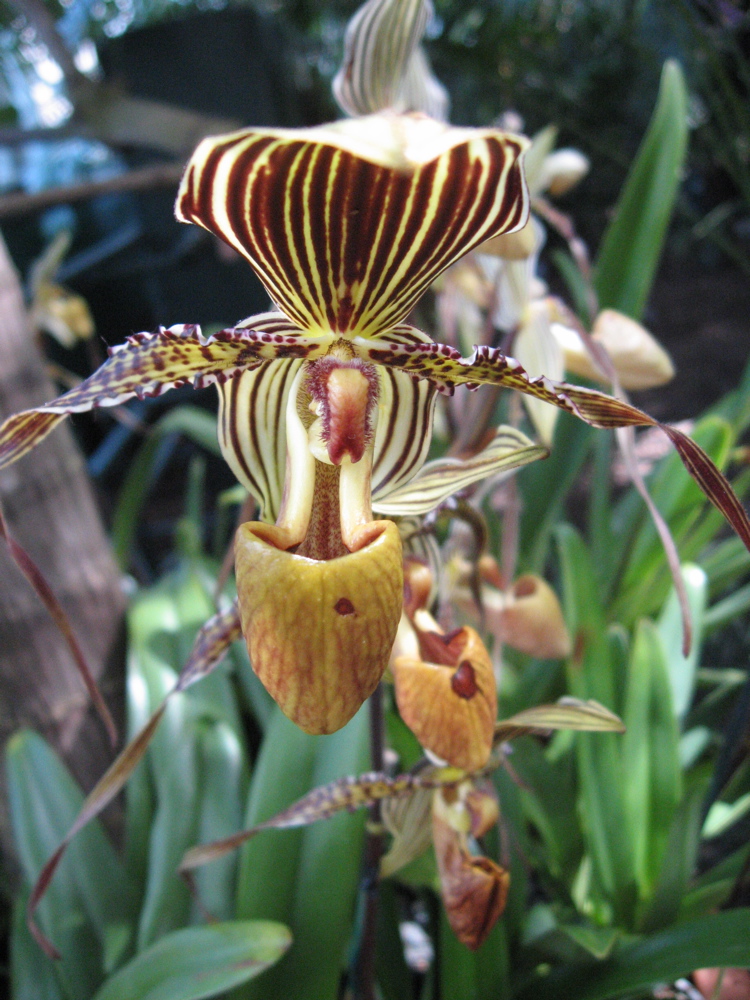 This last one is my personal favorite!

All postcards on view in the entrance hallway of The Valentine-Varian House in The Bronx.

Vancouver Has Nothing on The Bronx

For Art Deco -- The Gold Goes to The Bronx

Bronx News Network
because every neighborhood needs a voice!